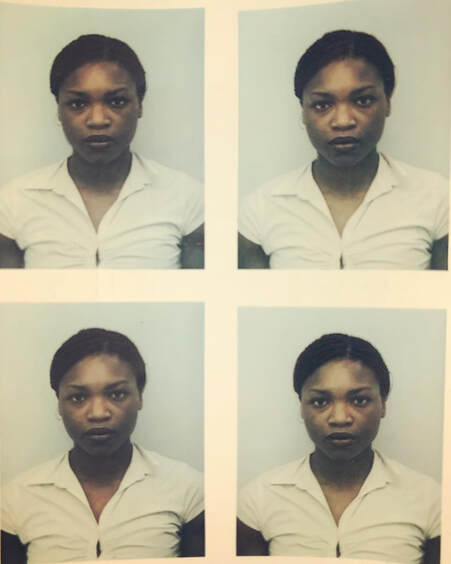 ​Sabrina Moella is a writer based in Toronto. She writes stories for free-spirited Black women in search of healing. Born in France from Congolese parents, she grew up in Paris and started writing as soon as she was old enough to hold a pen. After an undergraduate in Media Studies and another one in African Studies, she started working as a journalist and TV writer in Paris. She received her first screenwriting nod for the short film "Letter to Abou", which was presented at the Cannes Film Festival as part of the "10 shorts against racism" films series in 2000.

After earning her Master's Degree in Marketing and Communications from La Sorbonne University, Sabrina decided to move to Canada to pursue a career in the arts. She’s interested in topics such as immigration, womanhood, body image and family lineage. She is bilingual and writes both in English and in French.

In 2014, she made her Broadway debut with her autobiographical one-woman play “Made in Congo,” which was part of the United Solo Festival. In 2015, she was invited to be a guest artist at the Pan African Space Station during the acclaimed “Beauté Congo” exhibit organized by the Cartier Foundation in Paris. In 2016, her second one-woman play “Balconies Are Made For Dreaming” debuted at the Piece of Mine Theatre Festival in Toronto.

Sabrina is a yoga practitioner who strongly believes in healing through the arts. She was one of the founding members of “I Get Out”, a collective of Black women storytellers from Toronto. She is also the designer/creator of BinaSAPE, a custom-made brand of Congolese-inspired accessories and t-shirts.

Her first fiction novel FIFTEEN IS FOR PADDED CUPS was published in November 2021 by Kwambila Press.